A downloadable Unhinged for Windows

Emily works at "Stafford Contracting". Late at night, she goes to pay a visit to the old, abandoned estate. She has to simply record the location and the findings around that area, but something went wrong, because the footage was found days later by the local police. What is on that footage - play and find out.

This is a very short game, which includes loud noises and creepy atmosphere. During the development of this project I got sick and had a writer's block - I could not come up with anything fresh to make the game longer. But, it is what it is. Hope you enjoy it. All the criticisms, feedback and comments are super welcome. Best to you and thanks for playing.

Please, read controls for the game:

Viewing most recent comments · Next page · Last page
onichangaming107 days ago(+1)
thanks for the game :)
Reply
Rashemon110 days ago(+1)

short and "sweet" I love the connection to actual coordinates. I may have found something extra on google earth... lol

Thanks for playing. Glad you enjoyed the game ✌

Enjoyed Playing Your Game ! Its Fire

Reply
Knight in Shining Llama179 days ago(+1)
I enjoyed it, loved the immersion at the end. Won't lie I had trouble finding the keys initially but that's on me!
Reply
Niven Hedinger179 days ago

Huge thanks for checking out my game. The video was excellent! Great job on that and good luck with the channel. Cheers 💌

Another one of the fun little games from you, it's really obvious how much you're improving with with every game, this was pretty fun and although I was having some issues picking things up and opening doors, it didn't affect the experience, good work :)

💌💌💌Loved your videos and thanks a lot for kind words!

Thanks for playing my game. I really appreciate the video and the feedback. Cheers 👍

Pretty well done and creepy. Congrats on markiplier playing it.

Thank you very much 💌💌💌
You know, YouTubers like you popularize my content and I can't be more grateful and appreciative. That's the reason why others are interested in my silly games. You should be proud and I should be thanking you a lot more. Cheers 🎉

It was interesting. I decided to take a good look at those coordinates.

Thanks for playing. I was glad you enjoyed the real life place. It was a fun ride ✌

Thank you for making this especially under the circumstances you were in, I really enjoyed the sound design, the menu sounds as you scroll over the option easily added another 10 minutes to my play time lol

Hugely appreciated! Your feedback and commentary was awesome. Cheers 💌

I visited the coordinates on Google Earth and im curious, why Bannack/Grasshopper Creek?

Thanks for the comment ✌
One of my friends from U.S. is a horror geek and he lives close to Montana. I was curious to make a game about the supernatural and he told me the stories about missing people in Bannack, which was an old mine or construction site. Basically, I got the location of this small area and made up the game. The overall story is about Bannack, the rest was fully fictional of course and the coordinates were an eerie detail, which I thought would be creepy to actually put in the game.

oooh thank you for the reply!! That is really cool  :)

Thank you. I truly appreciate your kind words. Means a lot from a pro developer like you. Love your games 💌

This game was awesome! Definitely had the hairs on the back of my neck standing up! Keep up the good work! https://youtu.be/d9ZB_yQ8_wI

Thanks for playing. Really appreciate the feedback and the video. Best to you ✌

I enjoyed this game a lot! I just think you should put the controls into the game some how because when I first started the game I didn't know there was night vision. I couldn't see anything so I quit for a bit and came back to it. So glad I did because I enjoyed all the spooky aspects! Great game!

Thanks for playing and once again, I sincerely apologize for the controls.
With my games, due to the immersion, I try not to put controls in front of the player, while they are interacting with the environment, that's why I create menu for the game, although, for my defense, if I may, menus are specifically created for players to check out settings and controls, because not every player does the same thing, but, that is not an excuse. I promise to put the controls during the initial gameplay next time (if) I publish something new.
Cheers ✌!

Reply
Player_74216 days ago(+2)
I do like a good night vision found footage horror game, very creepy game, got me a couple of times :)
Reply
Niven Hedinger215 days ago

Super glad you played this! Thank you for the continues support and one of the best gameplay! Cheers 💌

I loved the Game! It scared the heck out of me! Keep up the good work (:

Thanks a lot man. Next time I will make night vision as default lol 😂
Cheers!

Game was great, too bad it was so short :( Felt pretty dumb at some parts when I played it :D

Thanks for playing and giving me much needed feedback. Best to you man ✌

Your video was fire! Literally, the mic and the background and the commentary was on fire man, thank you so much 💌

your welcome bro and thanks

Fantastic gameplay mate! Best to you and thanks for playing 💌

its about time I recording this  :)

all i could really do was walk around and use the night vision. i found a key upstairs that i assume opens the door on the ground floor, but the i was never able to interact with it. it is a cool concept, and i enjoy the found footage aspect of it.

That key is for a wooden gate which leads to a yard on the right side of the house (when facing the house door from outside). I was confused too at first.

Thanks for the comment. I apologize for the inconvenience with the keys to you too. Appreciate the response ✌

Thank you for short scary experience! Can't wait to see what other games you'll make.

Thanks for trying out the game. Sorry for the inconvenience, I will make sure to specify the tasks next time. Thanks for the feedback 👍

really short but, not bd of a game i played 2 more games of yours, what kinda sucks is the fact that they are really short, other than that i give them 6.5/10

Thanks for giving your time to playing all my games. I am glad you enjoyed them overall, best to you man ✌

love a good night vision view :) wish it was longer tho but still good

Thanks for playing, I truly appreciate the feedback 💌

Reply
Overcouch226 days ago(+1)
Awesome game with really unexpected ending!!! Hope there is another sequel with this!!!

MY YT IS OVERCOUCH PLS SUBSCRIBE AND I HOPE YOU LIKED MY VIDEO!!!

Thanks for playing. Appreciate your feedback and support 💌

Thanks for playing. I have couple of upcoming games, not in development at this point, but they will come out till the end of the year. Best to you Trailmix ✌🎉

Reply
Brocster227 days ago(+1)
Good game! I would recommend having the night vision as a default, can't see otherwise, or have something on screen telling me to do it. But otherwise, well done!
Reply
Niven Hedinger227 days ago

Thanks for playing. I liked the video a lot.
As for the recommendation, honestly, I put the controls option in the game, on the menu and I do so on the game's page. I think that is enough for people, who are interested in the game, because it is literally 1 mouse scroll to see the controls and if you invest your time in the game, you should be able to read that. Other issue with showing controls during the gameplay is that it breaks the immersion - I have seen other games do that and tell you what to do, while playing and for me its not the style to go.
Maybe I will consider putting the controls during gameplay, but, once again, it seems excessive, unless someone really does not care about the controls and plays it, which is not my fault. Best to you 👍

Well explained, thanks for responding. It makes more sense when now that you explained it. Good luck in your future game development :)

Reply
Rhys Sanders227 days ago
Yours is first in the video.

Took me a) too long to realise there's night vision and b) that I was never destined to enter that basement door!

Great game though a fun one to start my video.

So glad to see people, who played my previous games coming back and trying out new projects - super appreciate that!
I promise next time to leave the door to the basement open lol. Cheers mate 🍻

now there's a dev who caters to their audience 🙂 haha thanks!

a little confused but overall had a couple good scares

Thanks for playing. Appreciate the feedback and support. Cheers 👏

Thanks for playing my game, as always! Loved the playthrough. I will be back with some more, I promise. Cheers 💌

Creepy. The layout of the house is very strange xD

Thanks a lot for your time and great playthrough.
The house is strange. It was an asset made by someone else, but I remodeled some things to make it looks weird, so, that's a compliment I guess. Cheers man ✌

Thanks! I watched the playthrough and it was fun. Appreciate the feedback and your time with this. I promise to make a longer, better game soon. Cheers mate ✌

Played the game on my channel! Thought it was pretty spooky, though I'm surprised none of the keys I found opened the door to the spooky basement!

Loved the playthrough!
I promise, next time, the basement doors will open lol. Cheers man 🍻

I probably should have looked at the controls before playing... I really liked the game for what it was. I also played ASCENDANCE and i must say you're taking things in the right direction !

I made a playthrough on your game if you want to see my reaction on it :)
Reply
Niven Hedinger228 days ago

A thousand thanks for trying this one out. Your feedback means a lot to me. Best to you man 👍

Very good for a start! Yours is the first one in the game list here. There are a few things that could get fixed up, like the sound effects repeating, but other than that it gave me a good fright! it was really good with the vehicle part! Nice!

Thanks for playing the game. I watched the playthrough and it was great. I am considering the suggestions, yet, the sound effects are not repeating. Well, all the sound in the game are full files, meaning they are not cut or altered, but, the car siren is altered and it may sound like a repeat, but it is fully done on purpose. Just wanted to clarify that 1 thing. Best to you 💌

You're so right, sirens do have that little pause once in a while. nice touch!

Thanks for playing and giving much needed feedback. Cheers 😊

This was pretty great! I did however have an issue trying to pick up the key at first. But other than that, I really enjoyed this!

Super fun! Energetic and spooky playthrough! Thanks for the feedback man and sorry about the interaction. I promise next time, I will have E key to pick up stuff. Cheers 💌

Oh no worries, it's all good! No problem, it was a fun game and I enjoyed it all!

Thanks for playing, I really appreciate the feedback. Best to you ✌ 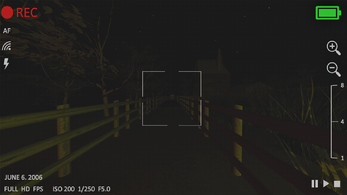 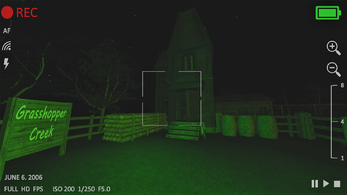 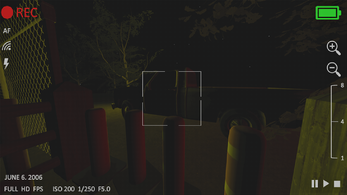 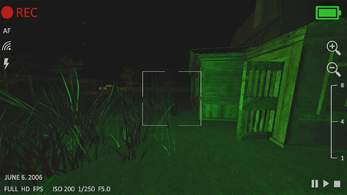 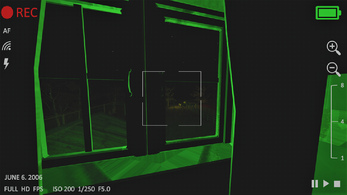 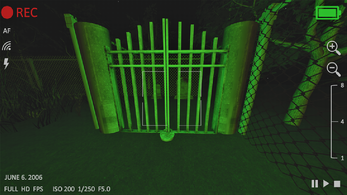